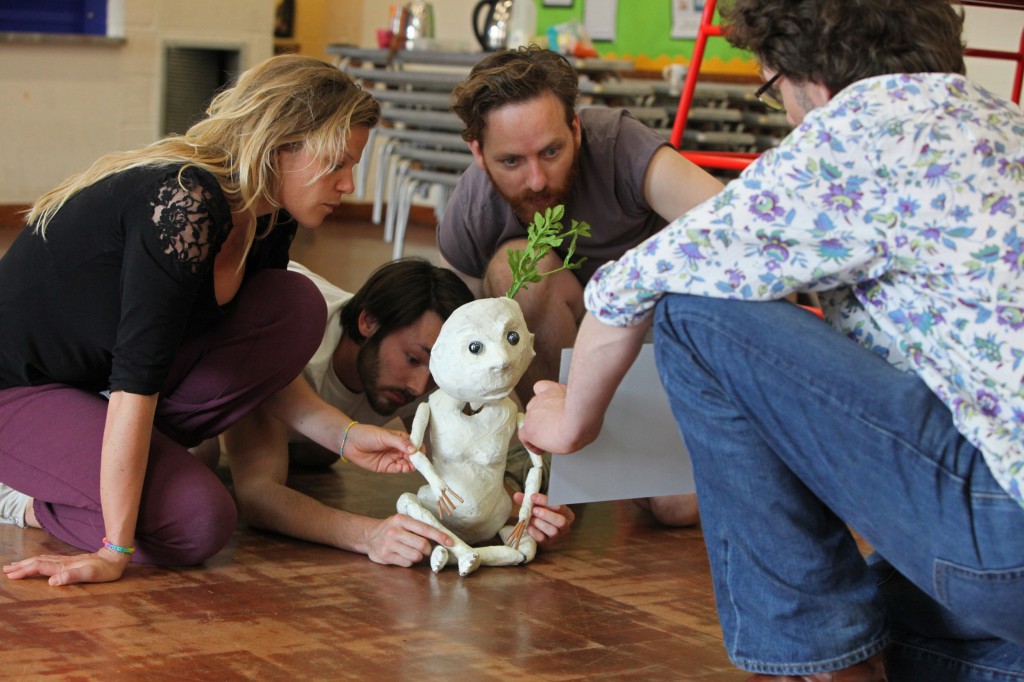 Strangeface are delighted to announce that we have been chosen to work with the Transported arts programme, the Creative People and Places project in Boston and South Holland Borough, Lincolnshire. The commission will see us create a new work for performance in the last week of August across the borough – it’s outdoor art and it’s free of charge!

We will be making a mask and puppet piece based on local folklore, the trickster fairy Boggart. Fen Boy is the tale of a tiny creature made from mud who is found by a farmer and bests his new master. Suitable for all, the project will travel from place to place and play on the back of a Freslinc trailer. Bring a picnic and we’ll tell you a tale, sing you a song and give you a taste of the unexpected!

Dates and venues will be announced on these pages, on our Facebook page, via Twitter and on Transported’s social media too. In the meantime look out for updates on the progress of the pesky potato pincher….   www.facebook.com/pages/Strangeface

Watch the Shooting the Moon trailer…

Using music mask and puppetry, award winning Strangeface presents a remarkable journey through the life works and times of one of cinema’s most imaginative pioneers. A visionary who combined his passion for magic with early motion pictures, Méliès’ astounding images entranced audiences in France and still inspire today; most notably in the Mighty Boosh and Martin Scorcese’s film ‘Hugo’.

Told through a series of unreliable and often surreal dreams, Shooting the Moon reveals how Méliès escaped his fate as a bootmaker and the wild energy and madcap antics that drove him to fame and obscurity.

Funny, poignant and visually enthralling, this is a magical tale of an extraordinary life in exceptional times. Book now for a highly original and memorable night out.

Now available from February to May 2015
Audience guideline of age 6 and up
Schools, groups and colleges KS3 & up
Running time 1hr 45mins plus an interval and post show back stage “tour”

Looking for Half Term Family Fun?

Magical mask and puppet theatre for all