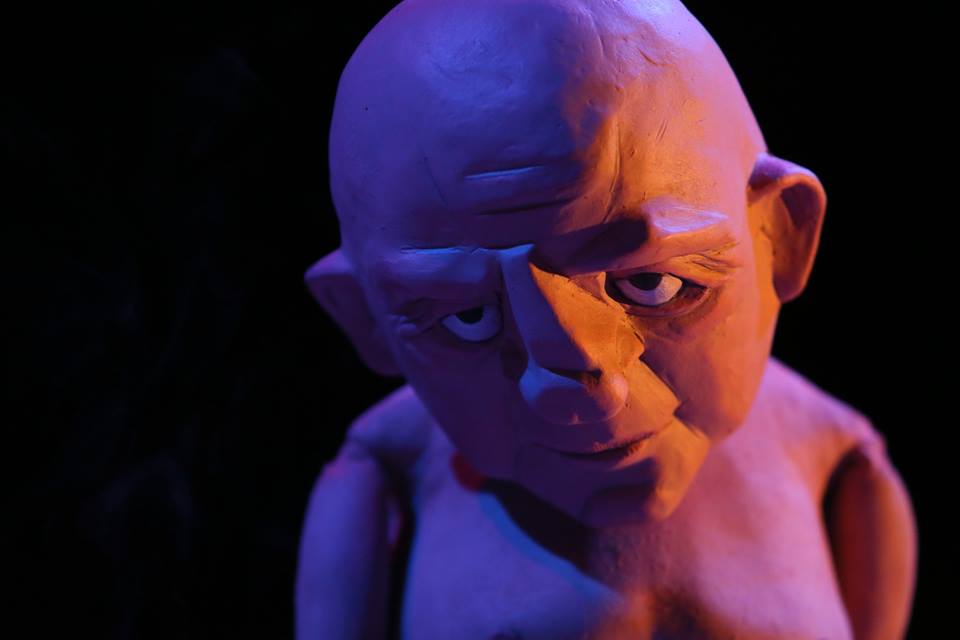 Mikey, AKA The Ghost, is a hit man exposed to parts of the brain he never thought he would see. After an accidental death, some nagging last words and a chance encounter in a steam room, he is holed up in his Harlem apartment trying to straighten things out. We journey through his thoughts and relive bizarre incidents from the Mexico border to the assassination of JFK via the baby section of Toys R Us.

The puppet playing Mikey also gives a short after show talk about his inspirations for creating the role.

The Hit was originally funded by  Wellcome Trust to explore the nature of cognitive dissonance and how we are perhaps not the autonomous individuals we are given to believe we are. We see a tough guy, who knows what he knows and gets what he wants, begin to crumble as his assumptions about life start to evaporate. Ultimately we are left with hope, but only through transformation.

Loved this! Brilliant!!! Thanks @StrangefaceTC

Really great work from @StrangefaceTC #TheHit @Summerhallery this afternoon. Skilful, interesting and funny puppetry. Still thinking about how I responded to and with the cast, human and otherwise. Chris Kirkwood, Chief Executive, Lincoln Drill Hall

Last night one part of my brain watched a solo show about a hitman with OCD, while another part spent an hour watching three accomplished puppeteers hold an audience of secondary school pupils with little more than a single puppet. Great work from @StrangefaceTC with The Hit.

Visually stunning….Inventive puppetry and smart comedy, a fine way to spend the afternoon The Wee Review